I had the pleasure of viewing two very exceptional documentaries in the last 12 months, both about guys trying to replicate works by other artists. The two separate documentary subjects, and their goals, couldn't be more different except for the fact the ultimate outcome was to reproduce specific artworks, famous ones, as closely to the originals as possible.

Tim's Vermeer (2013) is a film produced and directed by the Magic / Comedy duo Pen and Teller. The film follows a friend of theirs as he tries to solve the mystery of how 17th Century Dutch artist Johannes Vermeer painted lifelike, photo-real paintings before there was such a thing as photography (that's putting it simply). How does he go about solving the mystery? He teaches himself to paint in the same theoretical way Vermeer did! I wont ruin the film for you, but whether you are a fan of art history, or real-life mysteries, or both, this one is worth renting. 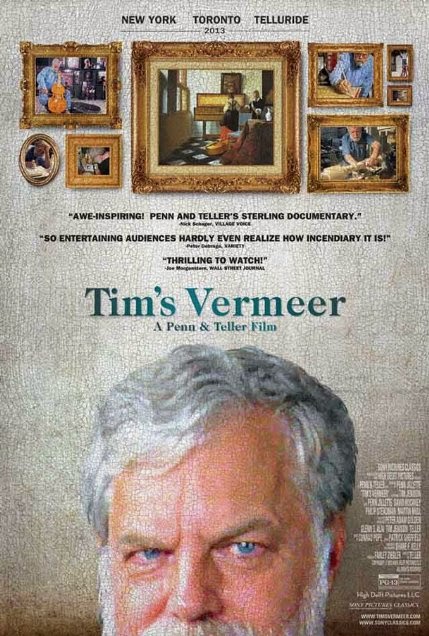 Art and Craft (2014) is a documentary about a con-man (sort of) who replicates famous works of art, then passes them off as originals to various museums. Now, I always think of con-men as folks who somehow profit or benefit from their actions, but as far as I could tell in viewing this film, the main character is simply being mischievous. He doesn't profit from the con at all, and in fact doesn't seem to really need more income. I wasn't sure what to think going into it, but I came to really appreciate the guy and you have to admit it's pretty remarkable when someone can emulate any artistic style they choose. I mean, I don't know any singers out that that can sound like every single vocalist in history...do you? Art and Craft is well worth the rental price. 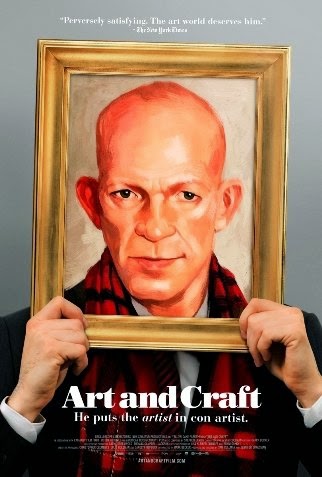 And, as convenient as streaming may be, there's nothing more rewarding than some good old fashioned human interaction at a local video store. So if there's one in your town head on over there when you decide to watch these...my local shop in Boulder, CO is called The Video Station. Real people, real opinions, and real great taste in all sorts of stuff that may not have otherwise popped up on my radar (at least subscribe to their newsletter for weekly reviews, you won't be disappointed).
Posted by Matt Strackbein at 8:30 AM

Matt Strackbein
Out West, United States
I like to talk about what I like...menswear, fashion in general, personal style, art, music, movies.